“Panel – We Shall Overcome: The Patronising Disposition of Unaccountable Power”

“Panel – We Shall Overcome: The Patronising Disposition of Unaccountable Power”

This week commemorates 46 years since the Bogside Massacre, often referred to as Bloody Sunday – in which British Soldiers killed unarmed civilians.

A week of talks, events and open mic sessions concludes today with a march, which has become Ireland’s “largest annual human rights event”.

Joe Delaney, a Grenfell Survivor and member of the Grenfell Action Group, spoke on a panel, named “We Shall Overcome: The Patronising Disposition of Unaccountable Power”. He spoke alongside Becky Shah of the Hillsborough Justice Campaign, Suresh Grover of the London-based Monitoring Group and Stafford Scott, co-founder of the Broadwater Farm Defence Campaign in 1985, who is now a consultant on racial equality & community engagement. 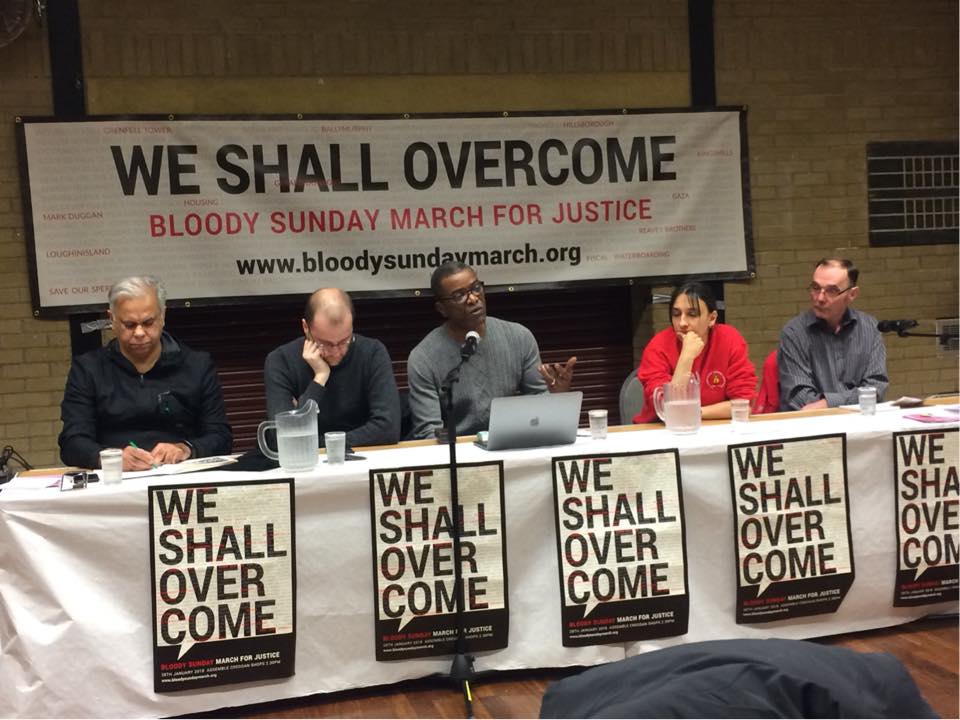 Please see the updated details for the Grenfell Virtual Anniversary service below. 💚 Forever In Our Hearts 💚...

J4G Statement on the Murder of George Floyd

Justice 4 Grenfell activists would like to send solidarity to the communities of Minneapolis, who are protesting after the assassination of George Floyd by a police officer on Monday, with two other......

To all Muslim members of our community, we wish you all Eid Mubarak after the fasting of the holy month of Ramadan. Please enjoy the festivities and stay safe and......