20 months on from the Grenfell Tower fire that claimed 72 lives, 72 people, comprised of activists, bereaved families, members of the community and high profile supporters of the cause, united at the start of London Fashion Week, to represent those who lost their lives in the disaster. 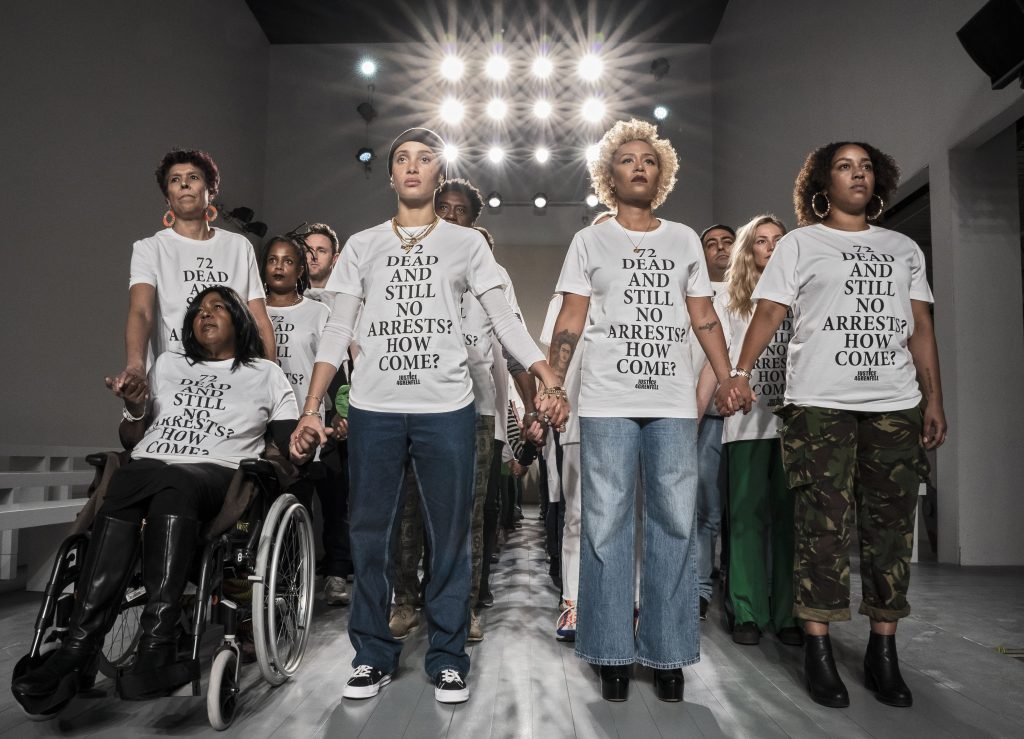 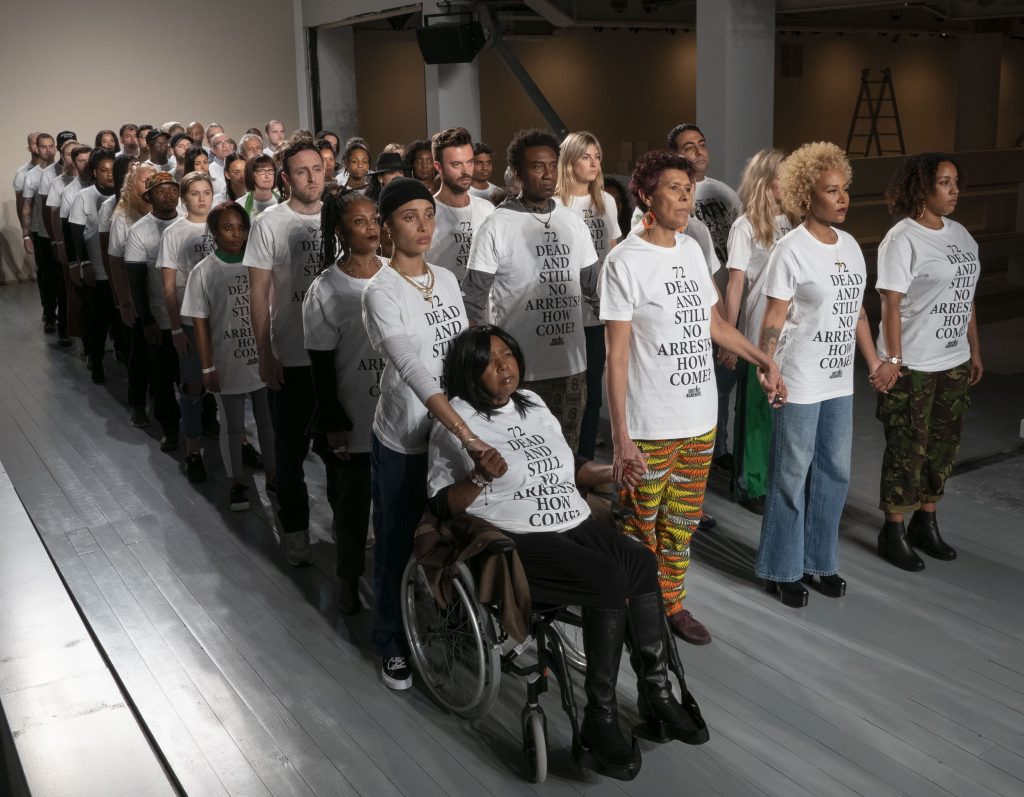 Wearing a protest t-shirt, the 72 ‘models’, including musician Emeli Sande, models Adwoa Aboah and Clara Paget, activists Heydon Prowse and Jolyon Rubinstein and DJ Becky Tong, lined up on the catwalk of LFW at 180 The Strand calling for justice as nearly 2 years on from the atrocity of the Grenfell Tower fire, nobody has been held accountable.

The ‘No Death in Vain’ t-shirt was designed by Grenfell Speaks and two young community members at SpiltSquare Design: “We wanted to create a design that remembered and honoured the people who died at Grenfell Tower, and to serve as a reminder of why we continue to campaign as a community.”

There are still hundreds of buildings with flammable cladding, not all families have been adequately rehoused, developers and local authorities are “consistently ignoring” the London Fire Brigade’s advice that sprinklers are crucial in their buildings. The second half of the Inquiry and criminal investigation has been delayed, likely until 2020. In short, there has been no justice; lessons have not been learned and there has been little to no change to fire and building regulations.

“London Fashion week is a perennial event in the international calendar and highlights the world talent, creativity and inspiration in our diverse city.

The fire at Grenfell Tower is the unfashionable side of London where 72 people needlessly lost their lives. Their deaths will not be in vain. We are honoured to be part of LFW that will assist our campaign in keeping a global focus on what happened at Grenfell and to support the bereaved families in their continued fight for truth and justice.

The accountable authorities have been inadequate and tardy in their response and 20 months on; no significant changes or improvements have been made and no one to date has been held responsible. These factors and issues are fundamental to ensuring that nothing like this is ever allowed to happen again.” Yvette Williams J4G campaign coordinator.

In solidarity and to demand justice for those who lost their lives, Justice4Grenfell is encouraging the public to show support for the movement by resharing these images during London Fashion Week on social media with the #Justice4Grenfell @officialJ4G

Please click on the second line on icon below to view the Factsheet on the extension to Attorney General’s undertaking to The Grenfell Tower Inquiry in PDF form....

Please click on the icon below to view the Grenfell Environmental checks Community Update in PDF form....